Can You Mix and Match Your Way to a Platform Business Model?

The success of platforms such as Airbnb and Uber has sparked a platform boom. Suddenly, start-ups as well as established players want a piece of this lucrative pie. But it’s not just a matter of following recipes accurately. To succeed, businesses need to understand the different flavours and ways to combine them, so that the “pie” will satisfy an appetite.

A primer on platforms

There is a clear distinction between platforms and pipes as business models. With pipes, firms create value and push them down to customers. Examples include all traditional manufacturing businesses, media companies and even education systems. 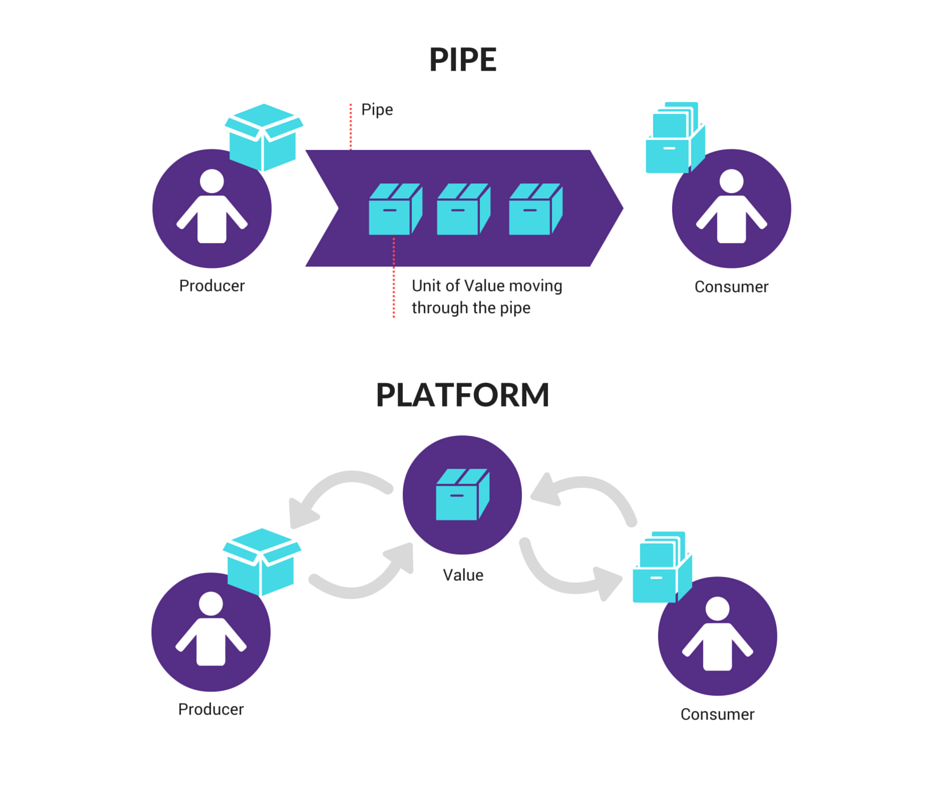 Difference between pipes and platforms.

A platform is an environment generally owned by a company, but their customers almost become suppliers (creating their own products/businesses) by adding additional value to the the company’s own products and then selling or sharing them with other customers.

Now let’s dive into some key characteristics of platforms.

A platform facilitates the exchange of value between two or more groups of participants, often consumers and producers.

Applying game elements to non-game contexts, companies hope to encourage desirable behaviours from either employees or customers. With regards to platforms, gamification can manifest itself through:

Games are inherently competitive. Companies can tap people’s desire to display their achievements by incorporating a ranking system into their platforms. For instance, Pizza Mogul by Domino’s incentivises pizza producers by awarding bonuses to top-selling “Moguls” each week. 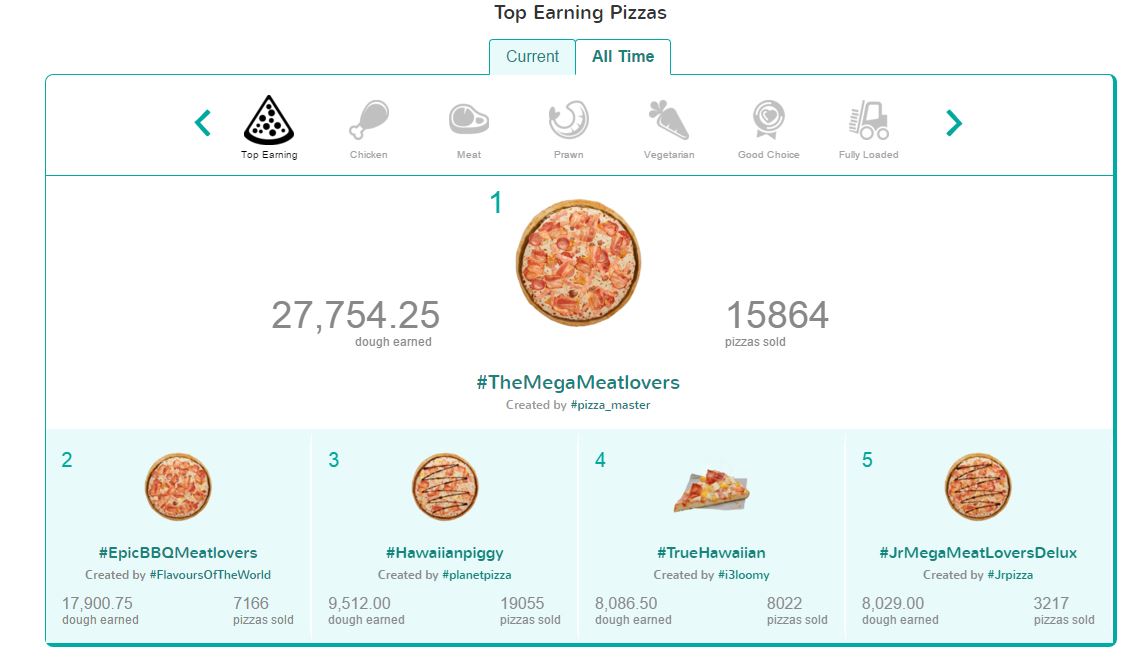 If a platform facilitates social selling, it allows integration so that users can leverage their social connections, build their own “brands,” and even sell directly through social networks such as Facebook, Twitter etc.

For example, Etsy – the marketplace for handcrafted and vintage items – integrates with a commerce platform to make posts on social networks shoppable. 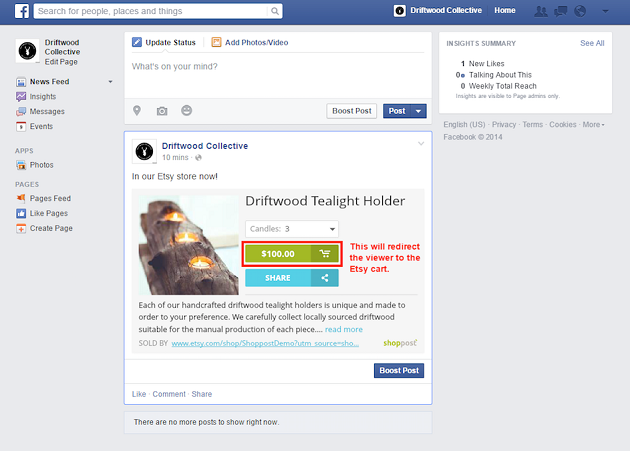 “Me-tailing” is the next step for retailing, which involves hyper-personalisation. Domino’s cites their Pizza Mogul initiative as an example. Here, me-tailing means giving consumers control over how they want to personalise their pizza as well as their own related marketing campaigns.

Other ways to apply me-tailing in platforms:

Used as a way to show appreciation for user input, crowdsourcing has helped companies like Domino’s utilise “free” product ideas. Only after a few months of the Pizza Mogul’s launch, Domino’s attracted 30k moguls, more than 100k pizza designs, and 5k user-generated promotional videos. Thus, Domino’s has not only crowdsourced new menu items, but also sales and marketing resources.

Users can also contribute capital, as with Kickstarter, or talent, as with Freelancer. The caveat? Sometimes, too many cooks spoil the broth.

Social networks lend themselves naturally to building communities, but product/service exchange platforms take it to another level as they have highly engaged user groups that share common interests.

That is when user-generated content comes into play. Examples: stories created by users about users in Airbnb’s Community Center; discussions on Etsy’s Community Forums.

Simply adding equal quantities of all flavours and stirring is more likely to create a potluck soup than an appealing pie. To truly make it work, we need to understand the core elements of a platform, as illustrated in the following diagram. 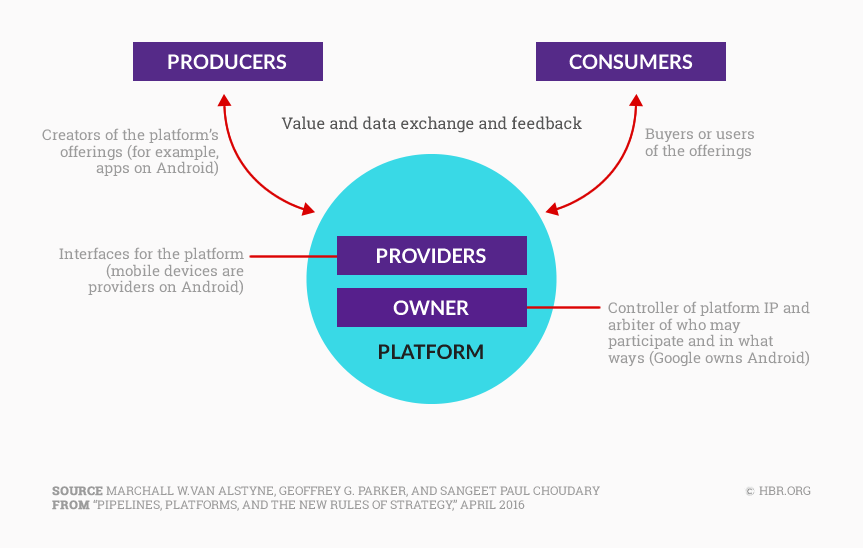 Analysing the players in a platform ecosystem will help you decide which flavours your platform business should have.

Ultimately, your platform should solve the needs of people. If we borrow the famous Maslow’s hierarchy of needs, each platform should at least serve one level of needs really well, i.e. the core value proposition.

Only after this has been fulfilled should you think about making your platform outstanding by climbing onto, or extending to other levels of needs. 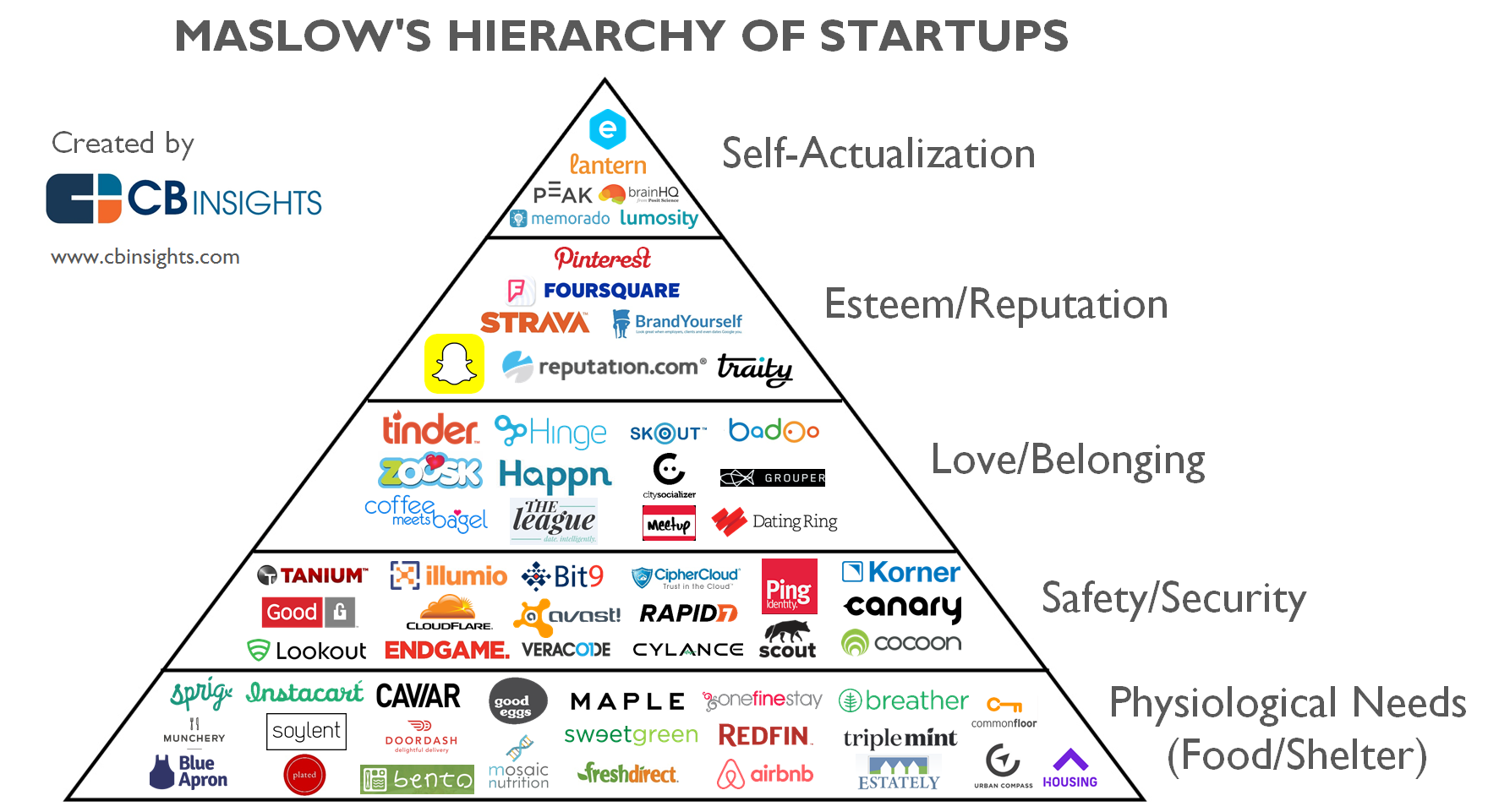 It is also a good idea to consider the needs of the two groups of participants separately if they are distinctly different. Here are some other issues to examine, keeping in mind the “flavours” discussed in the previous section:

There is a debate about whether to build platforms from scratch. As with any technology-related product, there is a trade-off between control and flexibility.

However, if you want to benefit from the first-mover advantage, or lower up-front costs and shorten time to market, there are other options besides fully custom-built software. Let’s go through each of them.

Building everything from scratch requires a huge upfront commitment. Consider this option if:

Arguably the fastest option among the three as it leverages what’s already out there. It works for platforms that focus on initial traction and speed rather than the uniqueness of the value proposition.

A mix of custom software and cloud/integrator services:

This option attempts to mitigate the shortcomings of the two above. You still have the ability to build proprietary functions on the platform while leveraging ready-made infrastructure or platform components.

As with any technology-related product, there is a trade-off between control and flexibility.

Another aspect of technology is how digitally focused you want your platform to be. In other words, are the user interactions mainly online? If not, how do you weave tangible and intangible, or physical and digital elements together? For instance, the Pizza Mogul platform by Domino’s not only provides an online medium, but also integrates with the physical supply chain. For pure digital players, such as YouTube, the technology considerations will be different in some ways.

Linking to the human perspective above, if you want your platform to cater to more than one level of needs, integration with other specialised platforms might be the answer. For example, users can order an Uber through Facebook’s Messenger; eBay sellers and buyers enjoy the protection and convenience of PayPal.

Another thing to remember is technology “tends to become a higher priority as a platform scales and matures.”

This is the anchor to keep your feet on the ground. Platforms and all the associated cool flavours might entice everyone to jump onto the bandwagon. And before too long, new businesses without proper strategies will fail.

As discussed at the start, it is not wise to apply the logic of pipes to platforms. Whether it is product design, user acquisition, or monetisation, businesses fail when they try to apply traditional thinking to a new way of doing things. Both start-ups and established companies can fall into the same trap.

It gets more complicated as you consider multiple sides of platforms, which may involve conflict resolution. As shown in the diagram below, the Android platform has to address the needs of multiple groups of participants. Whether all should be treated equally is also the question to consider. 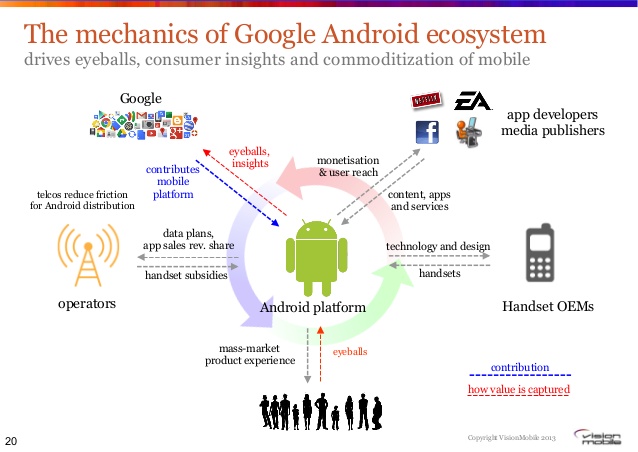 Moving from the old to the new is daunting, as it might involve self-disruption. If you already have an existing business, it might be worth building synergy and momentum rather than worrying about brand cannibalisation. Domino’s has experienced unprecedented growth following the introduction of Pizza Mogul. If Domino’s had been more concerned about the new platform eating into the sales of their own pizzas, would they be here today?

At the end of the day, examining your own business strengths and resources will help determine whether your platform is part of a bigger corporate strategy, or a business in itself. 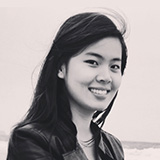 Storytelling has been Linh’s goal throughout her career. With journalism training, she brings discipline and creativity to brand communications. Her eye for design has also helped create engaging content and experience.
Follow Linh on Twitter and LinkedIn